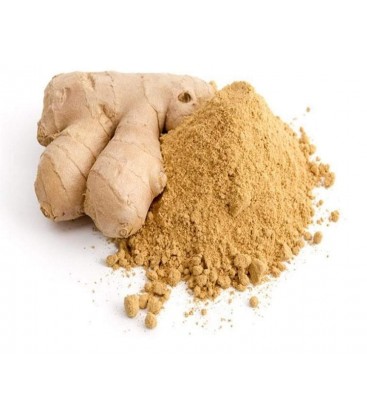 Ginger is useful in cases of:

For more information you can consult our article: Benefits of ginger.

Excellent for fighting against nausea, seasickness and digestive problems

Ginger is native to tropical Asia where it has been cultivated for at least 5000 years, it is called Shen Fiang in China, it is also a must in the Indian culture and widely used in Ayurveda. It has become a medicinal plant in the West for at least two hundred years. Ginger is part of the zingiberaceae family, just like turmeric.

In Asia it has been used for centuries to combat nausea. Its effectiveness is also remarkable in digestive problems, such as vomiting, diarrhea, stomach problems, migraine. Especially known for its warm and dry properties, it was mainly used for problems related to the stomach. In China it is also used to reduce the toxicity of certain other plants, a method that was also used in the West in the 18th century. Traditional Chinese medicine recommends the use of Ginger for over 2,500 years. Ayurvedic medicine uses it for the treatment of joint inflammations, such as arthritis.

Ginger is useful in cases of:

According to our current knowledge it would be the gingerol that would be the most active molecule of ginger. Ginger gives the ginger very powerful anti-inflammatory properties.

Used widely as sudorific and as expectorant during colds and chills. In Asia it has been used for centuries to fight nausea, in which it demonstrates to be as effective if not more than dramamine. Its effectiveness is also remarkable in digestive problems, such as vomiting, diarrhea and stomach problems. Dr. Krishna C. Srivastava of Odense University in Denmark, an internationally recognized specialist in the field of research, recommends ginger for the treatment of rheumatoid arthritis.
According to this same researcher Ginger can also be very effective in cases of migraines by acting, such as aspirin, on the prostaglandin, hormone involved in the process of response to inflammation.

A powerful ally for cancer

According to Dr. Richard Béliveau, an international leader in cancer research, the addition of gingerol to laboratory-grown cancer cells effectively blocks the production of the main enzyme used by these cells to generate inflammation. As inflammation seems to play a major role in the progression of cancer, the anti-inflammatory activity of ginger is very interesting for the prevention of cancer. Especially since gingerol also acts on other aspects of the cancer cell, in particular by forcing it to self-destruct by apoptosis and preventing the formation of a new network of blood vessels essential for its growth.

Ginger also has the property of eliminating certain bacteria, particularly at the gastrointestinal level.

Add ginger to some of your culinary preparations. You can grate a piece of one or two centimeters of rhizome on a salad or any dish.

One can consume several preparations of tisane with ginger. Either natural or mixed with other plants. There are also ginger capsules, often offered in mixture with turmeric which has similar and complementary properties.

One can consume 2 to 4 grams up to three times a day, ginger rhizome powder. In the case of treatment of nausea, a dosage of 250mg every two hours up to a total of 1g per day.

Side effects are quite rare when used normally according to indications. Some people may be sensitive to taste or experience a burning sensation of the stomach. People suffering from stones to the gallbladder should consult a doctor before making use of ginger.