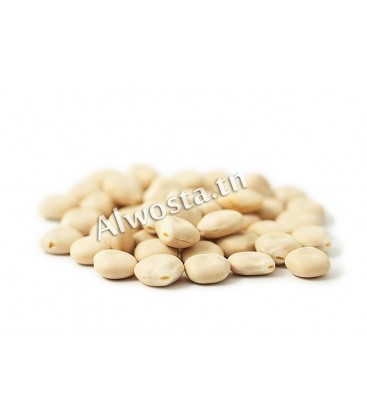 Lupine belongs to the family of legumes, it is an annual plant that can reach a height of more than 1.50 m.
Usually lupins mature and are ready to be eaten in July.
It was the Greeks and Romans who were primarily interested in the cultivation of lupine. In some of Hippocrates' works, we find interesting information on the cultivation of legumes, and in particular lupine.

Composition and characteristics of lupine

In the grain of lupine there are about 10% water, 40% carbohydrates, 38-39% protein, the rest is mostly lipids.
Well endowed with minerals: selenium, sodium, copper, magnesium, iron, calcium, phosphorus, potassium, manganese and zinc, also in vitamins A and C and all the vitamins of group B.
Tyrosine, valine, tryptophan, aspartic acid, arginine, alanine, glutamic acid, cysteine, lysine and isoleucine are the main amino acids found in the lupine seed.

Benefits and properties of lupine seed

Lupine is a food of choice for sportsmen because the seed is extremely rich in proteins about 38 to 39% protein.
At a comparable amount, there are as many proteins in the lupine seed as in the red meat and there is more protein than in eggs.
Lupine is a good alternative for vegetarians because of its very high percentage of vegetable protein.
In addition to having good nutritional properties, lupins have excellent digestibility and do not raise cholesterol levels.
According to several studies, a usual consumption of lupine prevents hypertension and reduces the level of cholesterol in the body.
Moreover, thanks to the properties of a substance called "tocopherol", lupine would be useful for the prevention of type 2 diabetes and also for the prevention of colon cancer.

Among its other benefits, lupine is extremely rich in essential omega-3 and omega-6 fatty acids, which are important to our health and can not be synthesized by our body.

Lupine also has an interesting role for people who suffer from gluten intolerance, this legume does not.
Currently, lupine flour is already used to produce biscuits, bread and even pasta.
Probably in the near future, we will see lupine appear in yogurts, ice creams or in milk as is already the case with soy.